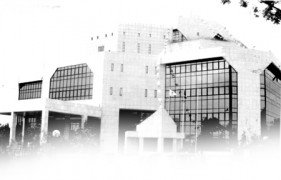 The history of Nigeria Deposit Insurance Corporation (NDIC) has its origin in the report of a committee set up in 1983 by the Board of Central Bank of Nigeria (CBN), to examine the operations of the banking system in Nigeria. The Committee in its Report recommended the establishment of a Depositors Protection Fund. Consequently, the Nigeria Deposit Insurance Corporation was established through the promulgation of Decree No. 22 of 15th June 1988.

This was part of the economic reform measures taken by the then government, to strengthen the safety net for the banking sector following its liberalization policy and the introduction of the 1986 Structural Adjustment Programme (SAP) in Nigeria.

All these led to serious breakdown in Corporate Governance and Boardroom squabbles. The unpredictable policy environment, downturn in the economy and political upheavals at the time, also exacerbated the difficult situation the Corporation found itself in. The banking industry was therefore, already in distress by the time the Corporation commenced operations in March 1989. NDIC operated under a difficult terrain at the time and was immediately saddled with the management of distress in the banking industry, to avert the impending systemic crises and its resultant consequences. Some of the measures undertaken by the Corporation at the time, to manage distress in the interest of the depositors and the System included: